Hit enter to search or ESC to close

Maharshi Dayanand College of Arts, Science and Commerce is among the earliest institutions of higher learning that emerged on the educational landscape of the erstwhile city of Mumbai. Situated in the heart of the city, amidst idyllic centers of learning, the college has a majestic and aesthetically-designed structure and a verdant ambience. The College is one of Mumbaiï¿½s old colleges; it is permanently affiliated to the University of Mumbai and was accorded the UGC recognition under 2f in 1974. Its financial status is grant-in-aid.

Late Shri. Mangaldas Verma, noted industrial and philanthropist founded the college in 1962. Shri verma had a fervent desire to bring Education to the socially and economically challenged sections of society. He established this institution in the heart of the labour area so that opportunities to pursue higher education would be available to them.

He named the college after the great reformer and founder of the Arya samaj – “Maharshi Dayanand Saraswati” The ï¿½OMï¿½, symbol of the Eternity of the Almighty, remains the logo of the institution till date since its inception, ï¿½Vasudhev Kutumbkamï¿½ the universal fraternity, its motto and ï¿½Antyodayaï¿½ the urge to see the up liftment of the marginal man, its mission.

The progress of the college has been possible due to the able guidance and leadership of past Principals Late Shri. D. R. Samant, Late Dr. L. D. Mahajan and Late Dr. H. R. Karnik. In the 1990ï¿½s Principals Shri. G. P. Shrivastava, Dr. B. S. Rawat, Prof. Suresh S. Pandit, Prof. (Ms.) S. S. Master, Prof. (Ms.) J. A. Gupta and Dr. L. R. Tiwari led the college towards achievements. Over the years, the college vastly benefited from the services of its eminent teachers like Late Smt. Shantabai Shelke, leading poetess of Maharashtra. Prof. Keshav Meshram, a Dalit writer and former Head of Marathi department, University of Mumbai. Dr. Kalaben Shah, former Head of Gujarati department has made a name in the field of Jain and Gujarati literature. Dr. K. V. Karnad, former Head of Kannada department, was honored with membership of the Kannada Sahitya Academy. Dr. V. G. Desai, former Head of Economics department, was on the Board of Directors of Vaishya Bank. Dr. Geeta Mehta, former Head of Philosophy department, is an authority on Gandhian Philosophy. Dr. Gupta, former head of Chemistry has guided several Research students.

Several of our alumnae have made a mark in the fields of sports, cinema, academics and theatre. Our students have excelled in Indian Games of Kabaddi and Kho-Kho. They have received coveted Awards from both the Govt. of Maharashtra and of India, namely the prestigious ï¿½Dada Konddev Awardï¿½ for the coach and the ï¿½Eklavya Awardï¿½& ï¿½Chhatrapati Awardï¿½ for outstanding performance at State level and the ï¿½Arjuna Awardï¿½ at National level.

The college today has established itself as one of the prominent colleges of Central City. 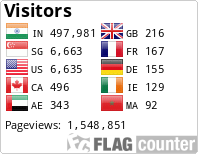